Not many movies address sailing or even bother to include a sailboat.  With that in mind this is a hard challenge.  I rarely bother with moving picture shows these days (diaristwoman tells me they're not referred to as "talkies" any more) so I'll submit an old favorite of mine as a potential "best" and skate around the worse case scenario.

The movie in question is the 1979 British movie entitled "The Riddle of the Sands".  Based loosely on a novel, written in 1901 by Erskine Childers (who was later executed by the British during the Irish Revolt).  I read the novel years before the film and highly recommend that you do the same.  Like most cases, the original book beats the movie hands down for suspense.  After all for 1901 this must be if not the first spy thriller, among the first.  A gripping tale of sailing, espionage and flirtation.  But don't take my word for it.  Get your hands on a copy of the book or if you're a slow reader then view the film itself;  the movie features Michael York in the lead role:


Tillerman: you can wire me the huge prize.  I'm confident that this is the winning entry.
Posted by George A at 12:54 PM 9 comments:

Former lab co-worker Johanna and her husband Ben crossed the country this past summer and made a brilliant collage of snap shots and video clips.  Their ride takes us from the initial wheel dip in the Atlantic (near Yorktown, Virginia) to the ultimate wheel dip in the Pacific Ocean, some 4000 miles later.  A great ride and no doubt a life time adventure.  Enjoy this when you have an uninterrupted half hour to spend.

Thanks to our Tea Cup Congress I have a bit of time on my hands and so I went down to Bay Ridge Wine and Spirits this wet, chilly afternoon and joined the throng of peeps waiting to gawk at the winning skipper of AC 34.  I arrived fifteen minutes earlier than the published start time for the event but like all rock stars, Jimmy kept us waiting (he was the main attraction at an event over at the annual sailboat show and no doubt road traffic between city dock and Bay Ridge was at its boat show week best-- for those not familiar, Thursday is VIP day which features higher priced tickets and predictably smaller crowds; I always go during the weekend when the tickets are cheaper.  Yes the place is heaving with people then but that's part of the charm).

I don't know what role Jimmy played at the boat show but at Bay Ridge he was flogging Penfold Wines.  The room full of people snaked around and although I've never been to a book signing I suspect that the vibe was about the same.  Instead of people telling an author how much they enjoy his writing and getting him to sign a copy of the book, people were telling Jimmy how much they enjoyed watching him beat the New Zealanders and asked him to pose with them for photos.  I overheard one couple saying that the photo of man, wife and Jimmy would be their Christmas card pix.

When it was my turn, we shook hands and I said "I scarcely recognized you without the helmet and body armor, but I'm guessing you're kinda counting on that."  He laughed as he autographed my bottle of $9 red and asked what kind of boat I sailed.  When I said Moths, he looked up and I quickly indicated that I sail Classic Moths not the sexy foiler variety.  He said that he still has his foiler and that they're really not that difficult to sail.  Easy for him to say!  Every time I've tried it, I've been nervous as a cat about smelling bottom at speed with somebody else's expensive T-foils.  But I digress.  Penfolds had a selection of reds, mostly Shiraz and Shiraz-Cab blends, all offered in boxes showing the winning Oracle cup boat with the Golden Gate bridge in the background.  A good start to boat show weekend!

Email ThisBlogThis!Share to TwitterShare to FacebookShare to Pinterest
Labels: Annapolis

It seems that Jimmy will be flogging Aussie Penfolds wines on the tenth of the month at one of my fav bottle shops, Bay Ridge Wine and Spirits:

With the Fed Gov slated for shut down, perhaps I'll have the afternoon free...

Email ThisBlogThis!Share to TwitterShare to FacebookShare to Pinterest
Labels: Annapolis

Putting an eye splice in Spectra/Dyneema line: If I can do it, anybody can do it.

After a bit of web trolling I found a nice little youtube video by Steve Cockerill of Rooster Sailing Ltd.  As Steve explains, in order to make eye splices in Spectra one needs a pair of Swedish fids, one 4 mm the other 5.5 mm (that's 3/16" and 1/4" in old money), and a knife or pair of scissors capable of cleanly and safely cutting the line.  The fids are available from APS.  I used a razor box cutter to taper the tail of the line.  So, settle back with a brewski and learn this simple but very valuable skill.

You may have to copy/paste the URL for the video.  For some reason youtube wouldn't transfer it to this post.  Bottom line:  the strop I made stood up to the two days of racing in the 10-15  knot winds we encountered at this year's National Regatta at Elizabeth City last weekend.  In higher winds I suspect something else in the vang cascade will fail before these eye splices do.

"Some day Orville, man too will fly."

Here's a short video, shot by Lennie Parker this past Sunday, of Joe Bousquet successfully coxing his wife's old McCutcheon-Shelley design Classic Moth to lift her skirts and foil.

The demo flight recorded above took place after the conclusion of racing at the CMBA Nationals, and was short because (a). the wind went soft at the end of the day and (b). Joe was adapting the relatively small foils from his IMCA-legal foiler Moth and thus probably didn't have the area required by the heavier Classic for sustained lift.  But he did prove the concept and does get to claim being first to get a heavy (hull weight ~75 lb/all up weight ~100 lb) Classic to foil.  Actually Joe almost pulled this off a couple of years ago at our Mid-Winter Regatta but in that case the winds were a tad too strong:

No doubt Mr. Bousquet will continue to refine this and give the rest of us Classic Mothists a rules headache!
Posted by George A at 5:44 AM No comments: 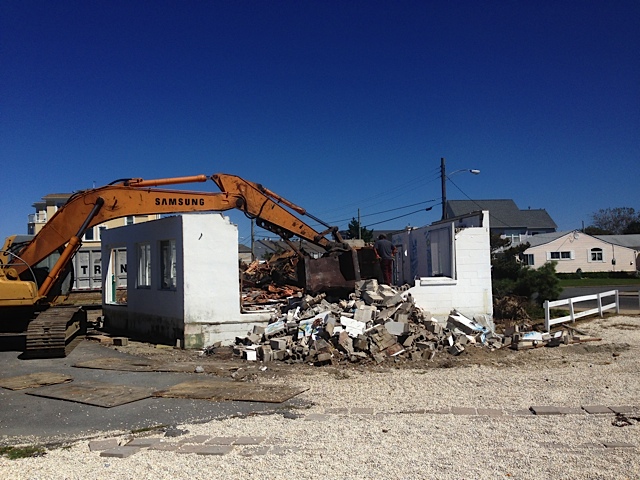 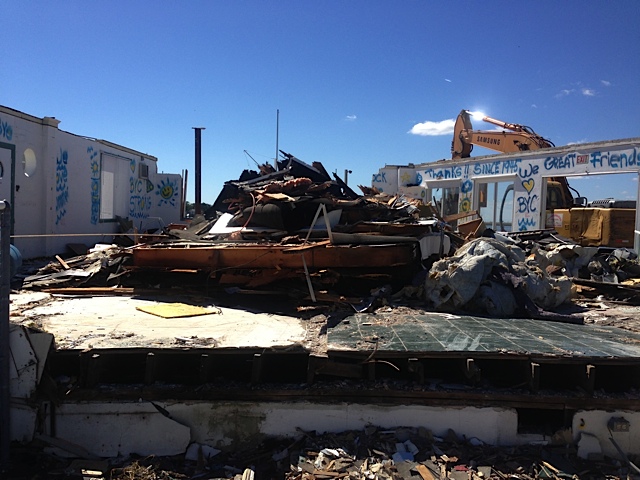 
Normally, Tweezerman is the blogosphere harbinger of obscure dinghy classes but the Spirou is one that I think even he hasn't heard of.  The Spirou was designed by Charles Bertels as a smaller entry level version of the Europe Dinghy suitable for junior sailors.  Bertels, the founder of the Belgian sailing magazine Yachting Sud, was also involved in the early popularization of the Europe Dinghy.  The boats are still sailed primarily in Belgium but perhaps with a little publicity this little boat might replace the dominant Optimist dinghy in at least a few clubs, much like the Bic Class dinghy is currently doing.  Anyway, the boats appeal to this Europe/Classic Moth sailor and the kids sailing in the videos look like they're enjoying the little boats.

The second video shows a Spirou Class start ("depart" if I heard the RC correctly).   More info about this class can be obtained here: <spirouclass@gmail.com>  Unfortunately the class website <www.spirouclass.be> appears not to function but I'll post the URL in the hopes that whoever is the class website guru will eventually fix it.

This past Saturday the members of the Brigantine Yacht Club met at 10th Street and Bayshore Avenue to decommission the old clubhouse.  All the glassware, dishes, framed photos, interior furniture, memorabilia and appliances worth saving were packed up and moved out to a waiting 18-wheeler tractor-trailer box.  Exterior items that might prove useful in the future such as the front entry's awning and framework were removed as well.  Led by the BYC juniors, members wrote and painted their names, wishes for the future and fond fair wells to the Esso gas station/island post office that had been our home since the late 1940s when the original part of the structure was moved from the south end of the island to10th and Bayshore.  The old gas station was added on to over the winter of 1959-60 and over the years, the building witnessed and survived many storms including the Ash Wednesday Nor'Easter of 1962, during which the entire island briefly went underwater.

Although we where able to kludge things back into functional shape for one last summer, Hurricane Sandy proved to be just too much for the old girl.  We eked by this summer with a building which would have been more costly to properly repair than replace.  And so, demolition is scheduled for some time this month. What follows is a fond fair well to a much loved building where I squandered many a pleasant day.  I came back in the quiet of the following morning to take these last photos.

If you are a betting person, which would you put your money on as the fastest?  An open 60 Ocean Racer, a hydrofoiling Moth, a windsurfer or a kite boarder?  Place your mental bet and then watch this video.


The answer is here

Sorry Tillerman, no foiling Lasers in this match up.
Posted by George A at 5:16 AM 5 comments:

Dear constant reader, you may recall that I posted some pix of Mark Saunders' redecked Europe-Moth a few months ago.  Mark's spars featured some neat attachment pieces fabricated from G-10 fiberglass board and carbon fiber cloth set in epoxy.  You may be curious as to how those parts were made; your diarist certainly is.  What follows is John Zseleczky's step by step instructions for making a forestay tang which can be bonded to a carbon fiber mast thus avoiding drilling holes for pop rivets as would be the case if one was attaching a conventional stainless steel hounds fitting.  This same strategy can be used to fabricate other small parts to bond hardware items to carbon fiber components such as fairleads for boom blocks, vang attachment, etc. V. useful info! Enjoy. 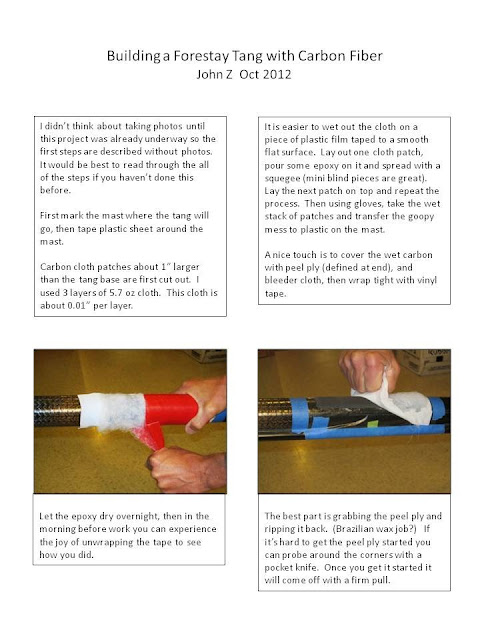 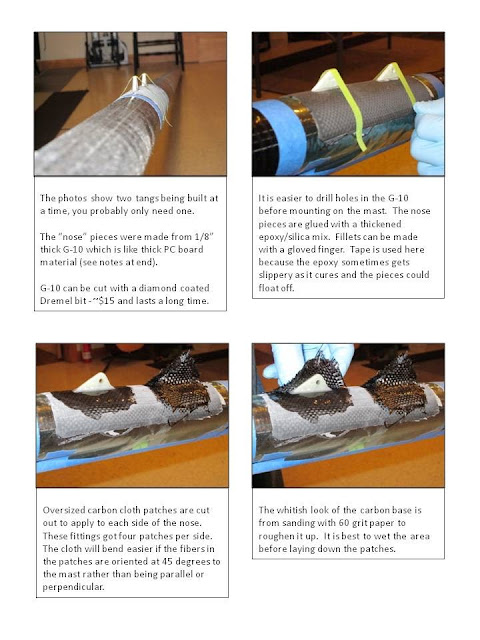 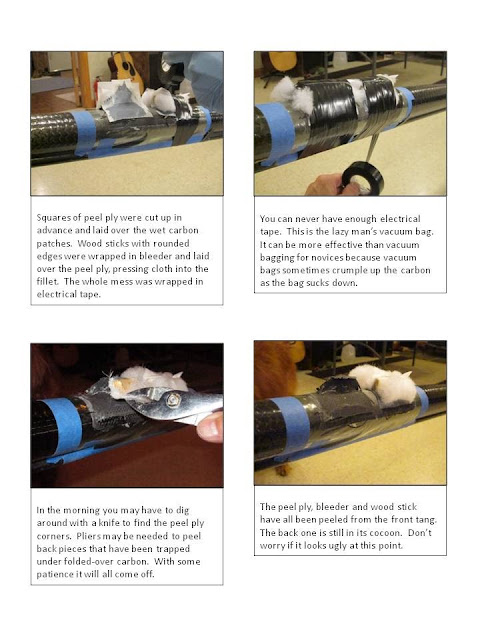 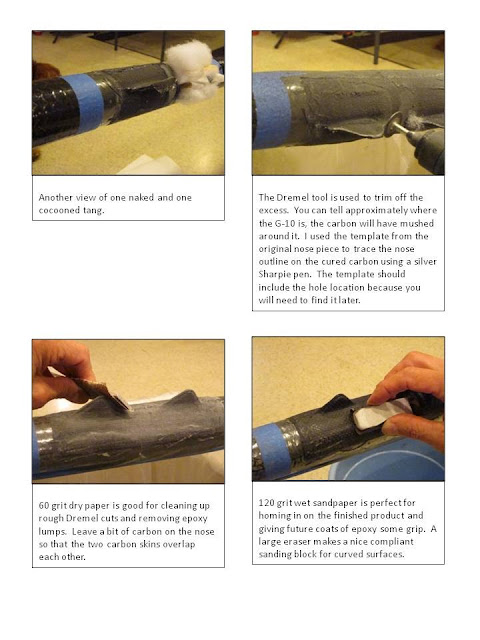 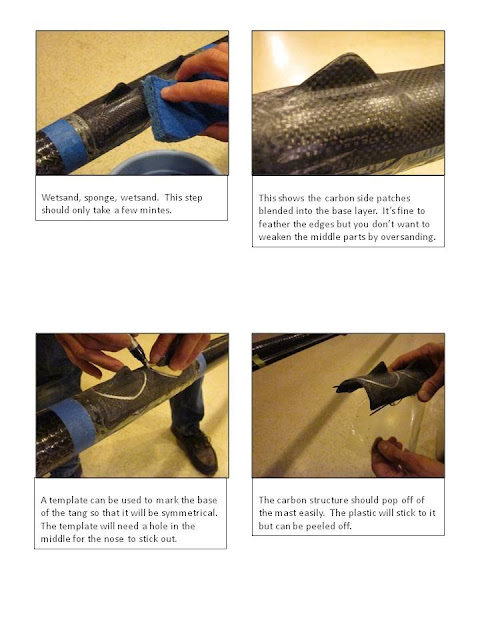 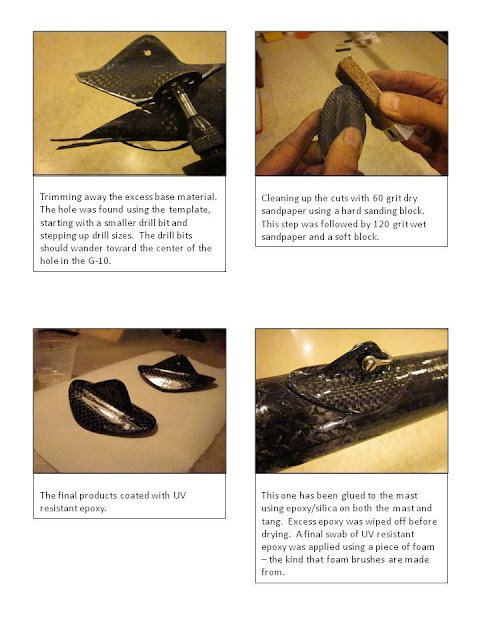 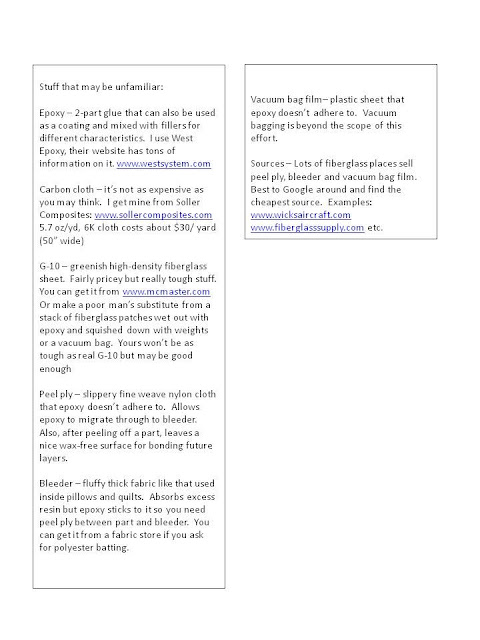