Over this past weekend your diarist and diarist-woman took the choo-choo from Washington, DC's Union Station out to White Sulphur Springs, WV to meet up with the diarist's brother and sister-in-law, aka John and Alice.  Alice, a WV native, had sussed out that the Greenbrier Hotel, the sort of address generally a bit too up-scale for your thrifty diarist, was offering a cut rate weekend that made this swish, over the top resort seem almost affordable.  The Greenbrier once the haunt of Presidents, Royalty and Hollywood types got its start in the 1700s after European colonists discovered the mineral springs that native Americans had been using since time out of mind to cure a variety of ailments.  It soon became fashionable to "take the waters".  Little by little a resort was built around the spring.  An interesting factoid that was unknown until the 1990s is that the federal government had constructed a top secret underground bunker at the Greenbrier large enough to house the entire U.S. Congress in case the Russkies dropped the big one on Washington.  Currently the Greenbrier is owned by Jim Justice, a local coal billionaire who sold some of his coal mines to those same Russians in order to buy the bankrupt hotel from the railroad.  Mr. Justice seems committed to returning the Greenbrier to her former glory.  More can be read here: http://en.wikipedia.org/wiki/The_Greenbrier

For your diarist one of the high lights of the weekend was sure to be the train ride.  It's been dog years since I've ridden a train any great distance and the ride from DC to the Greenbrier is over 250 miles.  Would there be a security pat down?--another possible high light!  And what to do once arriving at the resort?  Do they give tours of the bunker?  Do they still use the hot spring?  Your diarist didn't know but figured that he could sit in a hot tub with a glass of wine and exaggerate his importance with the best of them if the opportunity presented itself.  So join us as we listen for the conductor's plaintive cry: The Cardinal, now departing Uuuun-ion Station for Alexandria, Culpepper, Clifton Forge, White Sulphur Springs, Charleston, Cincinnati, Indianapolis and Chicago; All Aboard!

OK, I'm back.  Weather Channel says we're getting 4 to 6 inches of icy snow tonight and tomorrow.  Big deal.  I've got firewood on the front porch and a new bottle of Cockspur Rum.  Let's continue our walk on Severn Avenue before the tree limbs come down and power goes off.  Did I mention that I hate ice?

This concludes our walk up and down Severn Avenue.  It was cold and there were a couple football play-offs to watch (Green Bay won their game and the Steelers prevailed over the Jets--so there's a way to date these pix).  We have barely scratched the surface of Eastport and Annapolis and I will explore them both further for you as the weather warms.
Posted by George A at 7:06 PM No comments:

Fresh batteries in the camera, check.  Spare batteries in a warm pocket, check.  Funny looking winter hat pulled well down over the ears, check.  OK, let's go for a stroll... 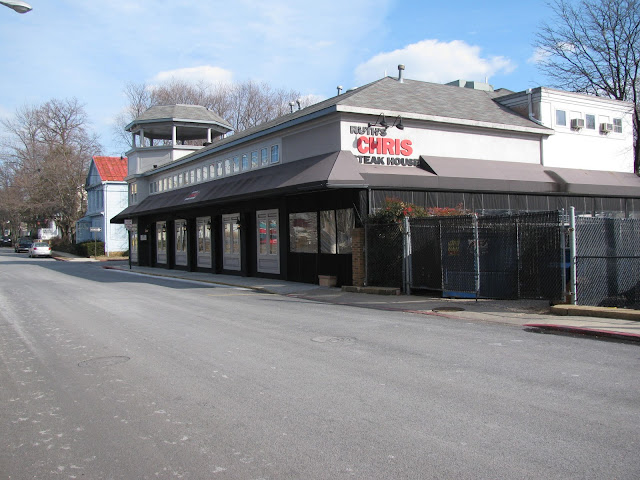 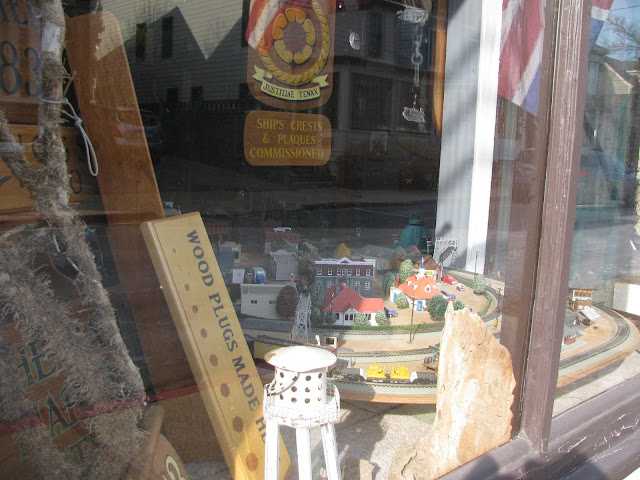 There's more to see on Severn Avenue but for me it's time to head back to the Boatyard to warm up.  Part III will take a look at a few of the  homes up and down the Avenue.
Posted by George A at 4:53 PM 2 comments:

A cold walk in Eastport, Part I

This weekend has been unusually cold for central Maryland.  The day time temperature never rose above the mid-twenties either day and Saturday's overnight low was a chilly 10 degrees F.  This certainly wouldn't break any records up at International Falls, Minnesota but it's plenty cold for here--especially when combined with brisk winds.  Your diarist would have been happy to sit by the fire with a small glass of brandy but a Blog Spot is a stern mistress.  So dress warmly and we'll go for a walk-about in the Eastport section of Annapolis. 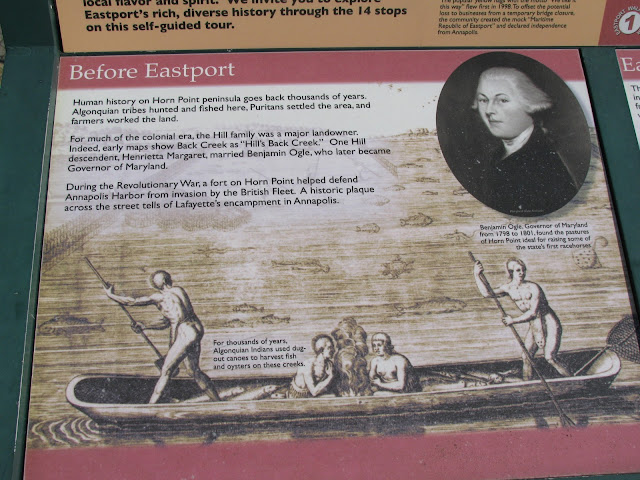 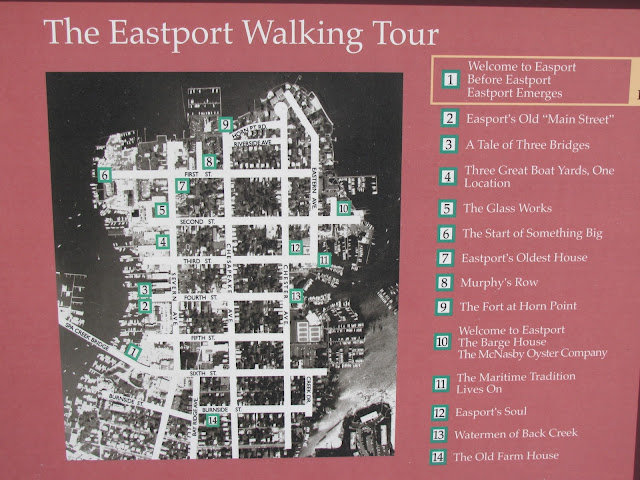 Today was a dull, chilly day with temps in the low 40s.  I worked on one of my boats and then took a quick walk around a local natural area about five miles from home.

Over the weekend I attempted to get a good picture of the Thomas Point lighthouse.  This particular lighthouse is a "screwpile" type light (a lighthouse mounted on top of a foundation of pilings driven into the bottom mud: http://en.wikipedia.org/wiki/Screw-pile_lighthouse).

More about Thomas Point light can be found here: http://www.lighthousefriends.com/light.asp?ID=425

I had hoped to be able to park the car and walk to a good vantage point for my photo shoot, but unlike Charles Winpenny's Cornwall which features many coastal walking paths and plenty of access, most of the areas around the Annapolis area with water views and access are owned by extremely wealthy individuals and hence "no parking" signs are the order of the day.  With Elisabeth at the wheel of the station wagon I was able to snap the following pix before someone released the hounds!