So much fun, we'll DO it again.

Another event which falls under the DO/AC umbrella is the annual Atlantic City air show.  This usually takes place in August but this year the organizers bumped it up to the last week in June, for reasons which escape me, and so I was around to see it.  It's just my luck that this year is also the one where our Congress has decided that sequestration is better than compromise and so the Navy Blue Angles and the other service demonstration squadrons such as the Air Force Thunderbirds were absent from this year's program.  The one semi-modern jet which did participate was a privately owner Soviet era MiG.  That said the organizers promised P-51 Mustangs, Supermarine Spitfires and a host of aerobatic planes.  Not wanting to buck the traffic in AC and suspecting that one could watch from the south end of Brigantine, we packed the station wagon full of beach chairs and visiting relatives and headed for the rock jetty at the south end of the island. 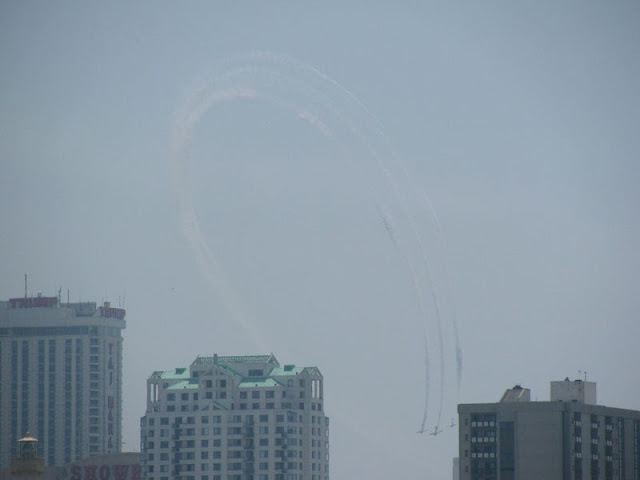 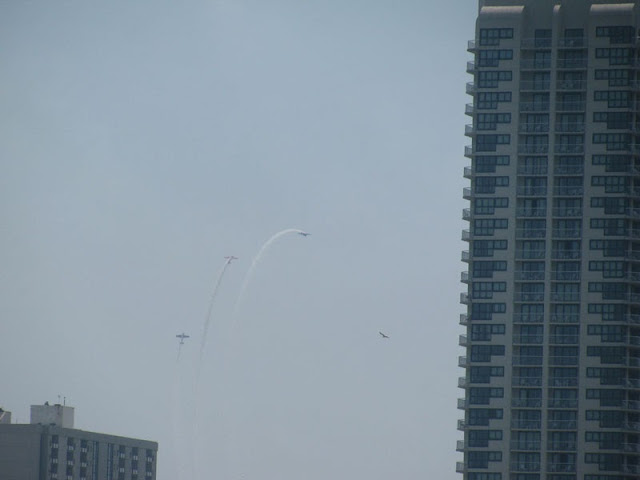 DO/AC--Playing in the sand; signs of recovery on the Jersey shore

Back in June, your diarist took his annual vacation and as usual, this was time well spent on south Jersey shore.  One of several signs that the hard hit coast is coming back to life are the series of free to the public events in neighboring Atlantic City which fall under the comprehensive banner of "DO AC".  The next couple of posts will feature photos taken at a pair of events which we attended.  The first was a sand sculptor contest.

The 22nd Annual Brigantine Yacht Club Classic Moth Regatta was held on the 16th of June.  We had a low turn out of eight boats this year due in part to the uncertainty of the club being operational in time due to residual hurricane damage.  But by the end of the spring work day, postponed from the usual early April date until Memorial Day weekend, I was reassured that the event could take place and so the word went out and those who had not made other commitments came and raced.  What follows are a collection of random photos taken that day.  Although we had only eight boats we did have at least two boats in each of the three performance divisions recognized by the CMBA: Vintage, Generation I Classic and Generation II Classic.