A question of timing.

Yesterday, the 20th of March, was the first day of spring.  A time when Eastport dockyard workers traditionally gather together with a few 6-packs of National Bohemian (http://nationalbohemian.com/) and burn their socks to mark the end of winter.  This low key and very local blue collar custom has recently been hi-jacked by the Annapolis Maritime Museum, which although located in the old McNasby Oyster packing house in Eastport still clings (pathetically) to it's Annapolis name!  So, instead of forking over $20.00 to gain access to the sock burning fire and contribute my own stinky winter socks, oh and maybe get a sniff at a roasted oyster, I elected to stay home Saturday, drink a couple beers in honor of the change of seasons (perhaps I'm a Druid and don't know it--I was born on the winter solstice so who knows?) and avoid a lot of other people's sticky, messy little kids.  Besides the tickets were all sold out by the time the light bulb went on in my head and I rationalized that taking decent photos would be much easier the day after the crowds left.  So, here we are a day later.  Those would would like to learn more about the Annapolis Maritime Museum's (well done) program can do so here: http://amaritime.org/index.html

Those that don't care one way or the other can follow along. 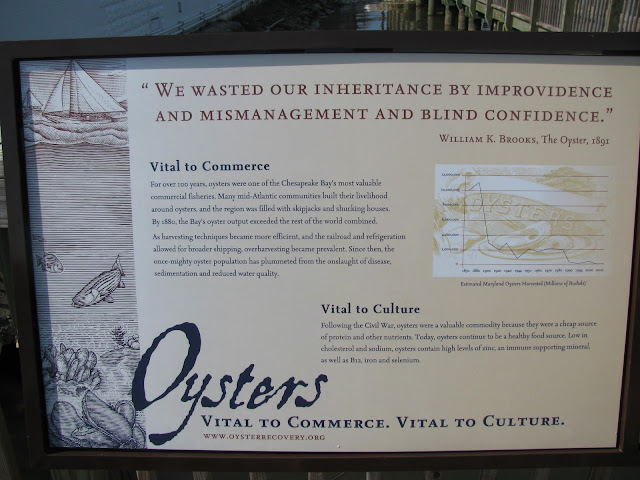 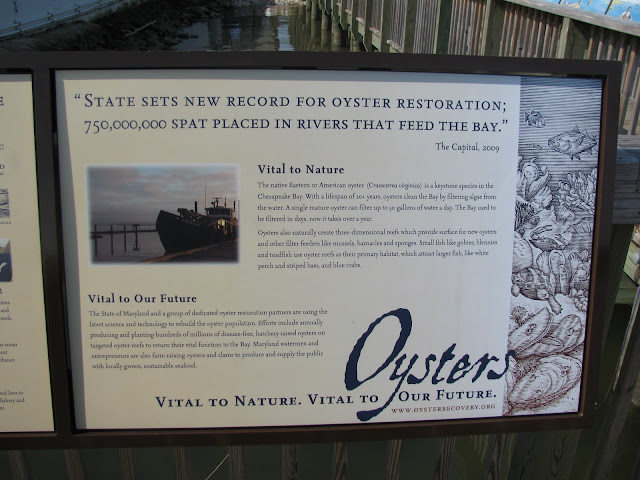 A "Scrappy" tale of a Moth Boat from the past.

Earlier this week I received an email from a former Brigantine resident named Bill Gale.  Back in the late 1940s Bill sailed Snipes and Moths, at first out of the old Evening Star Yacht Club over in the Bungalow Park area of Atlantic City and later out of my club, the Brigantine Yacht Club.  Since Bill is about10 years older than me we never raced against each other back when we both lived on the island, but I do recall hearing his family's name mentioned by club members as being among the founding families of BYC.

Brigantine Yacht Club got its start in 1945 when a group of families banded together and purchased an old gas station building and had it moved from the south end of the island to a lot at 10th Street South and Bayshore Avenue.

Bill learned to sail on an old Snipe but soon graduated to the Moth class when his father purchased SCRAPPY, Moth Nr 804, from her builder Dorr Willey of Elizabeth City, North Carolina.


Bill was very much a beginning racer when he first had SCRAPPY and he credits Merv Wescoat (who at age 84 still races Moth Boats) with mentoring him.  Bill additionally recalls that John Walton, one of the early BYC members provided him with much guidance for both sailing and boat building.  Bill now lives in Florida, not far from Gulfport and would have come over to watch us race back in February had he known about our regatta.  I've put Bill in touch with Merv.  Hopefully we'll get to meet Bill at next year's event.

It's interesting to me to learn about SCRAPPY since she's only three hull numbers older than my Dorr Willey-built Moth BLONDIE, Nr 807.  There are obvious differences between these boats.  SCRAPPY has a three stay rig (main stays only).  BLONDIE, on the other hand, has the usual compliment of six stays for her standing rigging (three main stays and three baby stays).  Additionally, SCRAPPY appears to lack the rub rails seen on BLONDIE and other Dorr Willey-built Moths.  I know, I know, minutiae but for the devotee very interesting.

Bill and his brother got into motorboats in later years and so their father sold SCRAPPY on to an unknown new owner.  If anyone out in the blogosphere can comment on the fate of SCRAPPY I'm sure Bill would love to learn about it and I can pass the info on to him.
Posted by George A at 2:01 PM 1 comment:

Diarist-woman is currently running around the house setting the clocks ahead one hour in anticipation of tomorrow's return to summer time.  In doing so she's discarding an hour of my life into that netherworld to where such hours go, never to be seen again. She claims I'll get it back in the fall, but if this truly is some sort of a "savings" plan shouldn't there be interest and shouldn't smart savers get a bit of compounding?  By being clever (or perhaps prudent) one should be able to boot-strap one's self to that lofty position of being able to "live" off one's saving time interest without spending the principal and thereby never age.  Clearly there's a flaw somewhere in this reasoning.  It probably has something to do with the failure of large financial institutions in NYC causing a misalignment of the space-time continuum.  But enough of such philosophical drivel.  Today's post shall consider spring; the time when a woman's fancy turns to...

The day dawned grey and chilly.  I set a fire in the fireplace with the idea of a quiet day of reading but by lunch time the sun had come out, the clouds had gone away and things had warmed to the upper 50s.  After putzing around the house and doing various errands a decision was made to take a ride out to Homestead Gardens, an establishment which I refer to as "Gucci Gardens".  Things there are all very nicely done but of course at a price.  It's the kind of place to walk around gathering gardening ideas while keeping your wallet tightly shut. Today the nice folks at Homestead had several "events" on offer including a seminar on stink bugs but the goodly Elisabeth wanted to look at composting tumblers so I must report that my education about this important class of insect remains unimproved.

And, there were others. 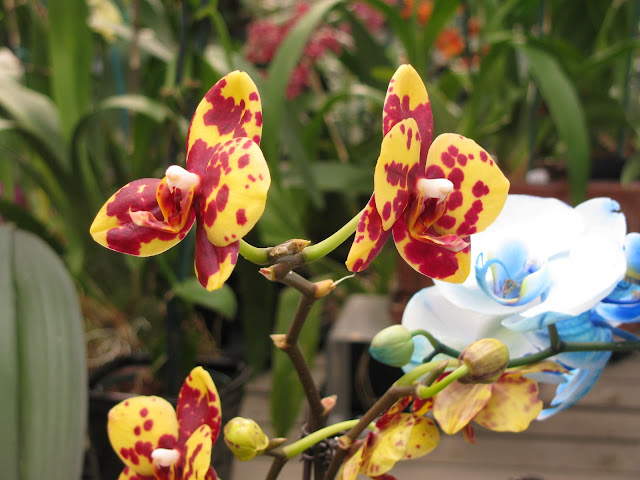 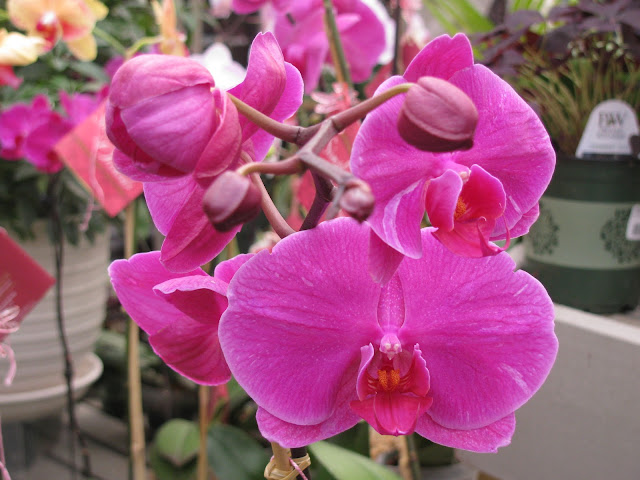 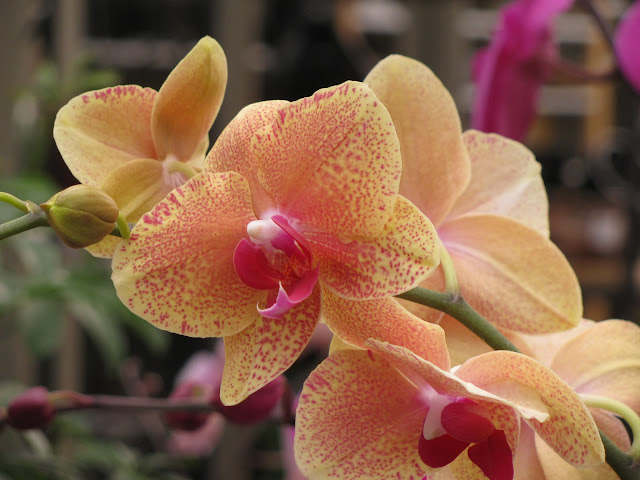 While I looked in vain for plastic pink flamingos, diarist-woman bought a bag of lily of the valley pips.  With our finances still largely intact we got out of this place and went off in search of refreshment in nearby Annapolis.
Posted by George A at 8:24 PM 2 comments:

We spent Sunday night at our motel and celebrated Bob Patterson's birthday a day early.  Bob got a little carried away and wound up wearing his wine, but that's another story!  The next day we got on the road at the crack of 9 and headed north.

We spent Monday night with friends in the Savannah area.  Tuesday morning we got on the road at 7 and steeled ourselves for the day long slog up I-95.  It can get a trifle boring but luckily our friend "Pedro" keeps us amused (ok,ok, we're easily amused).

Email ThisBlogThis!Share to TwitterShare to FacebookShare to Pinterest
Labels: CMBA Mid-Winter Regatta, Gulfport FL, I-95, South of the Border

Let's continue to look at some more Gen I Moths

There are several other Generation I designs which regularly feature in our races such as the Cates-Florida and the Challenger.  No doubt you'll see photos of those types when I report on future races during the season.

So now we get to the awards presentation.  The overall winner and Generation II Champion was Davis Island, FL native Jeff Linton.  Jeff dominated the regatta taking 10 out of 11 first place finishes.


And so with the sun setting gently in the west, we bid a sad but fond adieu to beautiful Gulfport until next year.