I was contacted by a lady in the Philadelphia, PA area about her late husband's Ventnor Moth.  She would like to sell the boat.  The boat is Nr 959 and has been owned by this family for several decades.  As can be seen, the first photo shows two dagger boards and two rudders with the traditional wishbone tiller.  The seller indicates that someone might want the excess blades but the remaining ones will be retained for the boat.  The boat appears complete and in reasonable condition.  I have no knowledge of this boat or any stake in the sale.   If anyone is interested, leave your email address in the comments section and I will put you in touch with the seller.  This boat would be eligible for the CMBA's Vintage racing division.  A Ventnor Moth just like this one was my introduction to Moth racing back in the 1950s.  The Ventnor is a wholesome, well behaved design, well  suited for beginning racers. 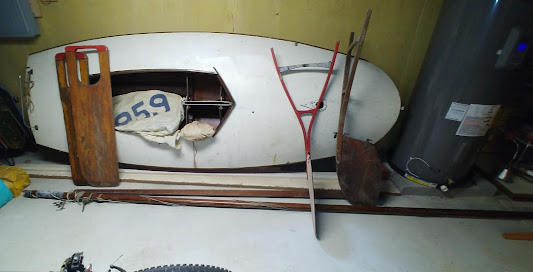 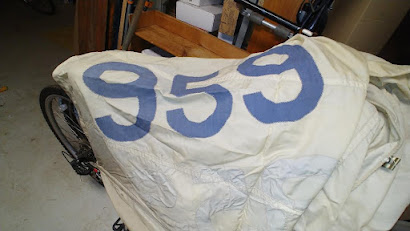 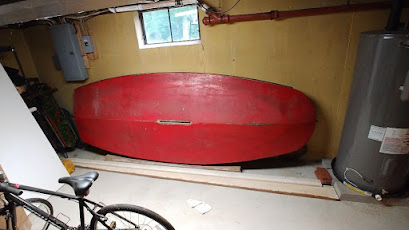 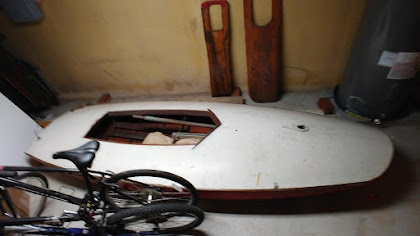 Erik and I had a rainy slog down 301 and Route 17 this past Friday as the remnants of Tropical Storm Odette  swept to the north, several hundred miles off the mid-Atlantic coast.  The wipers were employed all the way past the Dismal Swamp Canal.  The skies finally cleared as we crossed the North Carolina border and the rain was done and dusted by the time we drifted into Elizabeth City at around 2:30 that afternoon.  I was not looking forward to rigging two Europes in a steady downpour.  Instead we were greeted by stiff NE winds.  Those who rig Europes well know the tedious nature of getting the sail shape control lines just right--especially the outhaul.

Ah yes, the outhaul.  The one control that is fed down through the mast partner ring from the boom.  A minute's inattention and that line can disappear into the nether reaches of the boom--which is a major PITA.  With the whipping winds plus numerous friends stopping by to chew the fat, first Erik and then myself lost control of that pesky line only to have it disappear!  Mercifully, John Pugh brought us inside the calm of his garage and helped us regain control over the hidden block and tackle inside the two booms and we were able to finally get the two boats rigged.  After a steadying beer, life was good again,

Saturday dawned a bit calmer.  We started the the six races planned for the day with 10 knots out of the NW and a mix of sun and clouds.  We had 16 boats total, with four in Gen II, nine in Gen I (although one boat showed up after registration was closed and wasn't scored as a result) and three in the Vintage division.  I didn't have my daughter along this year.  She usually goes out on the RC boat and gets the great photos which I post.  Instead, I gave the camera to Sarah Pugh, who stayed on the dock, but never the less, got some great shots by using the zoom feature on the camera.  Many thanks to Sarah!  What follows is my usual photo collage from Saturday's races.

Sunday dawned with near calm conditions, but as the 10am start time approached, the wind started to fill from the NE and quickly built to maybe 5 knots, which was enough to get off three more races.  Unfortunately, no photos from Sunday. 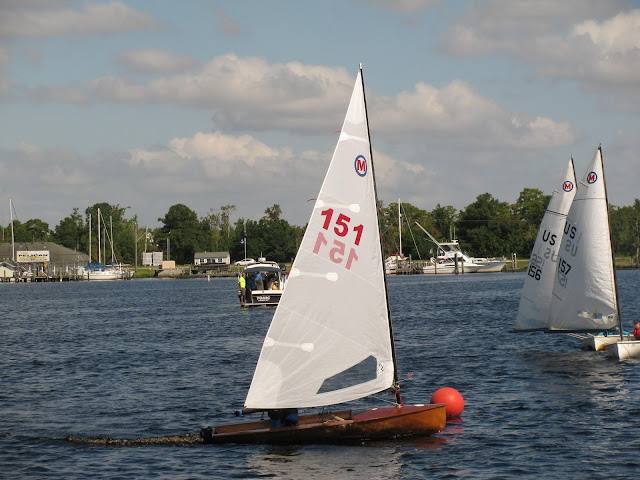 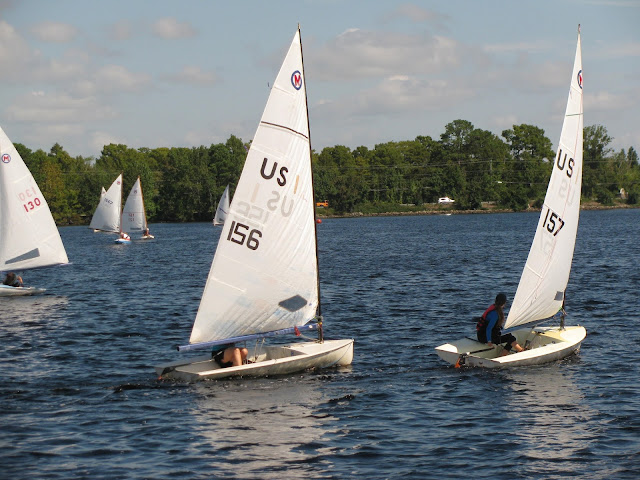 Obligatory mother/daughter(s) shot.  Carolyn Mayer is in Nr 157.  Her daughters Emma and Maggie are in Nrs 156 and 130.  Sadly, Carolyn was a last minute addition after I had closed registration and launched my boat.  We had several local sailing club members but they only sailed on the first day. 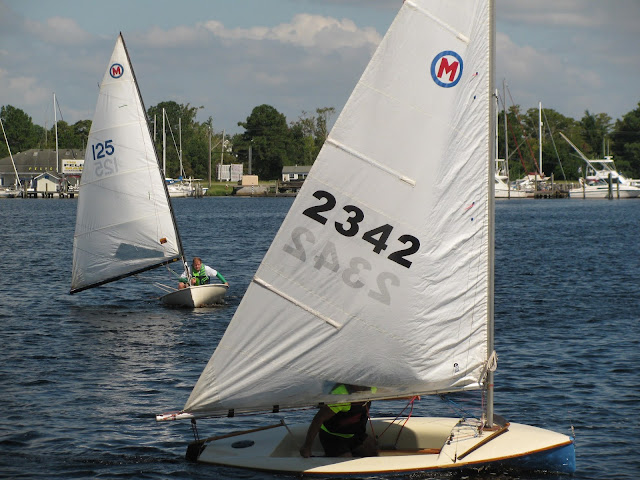 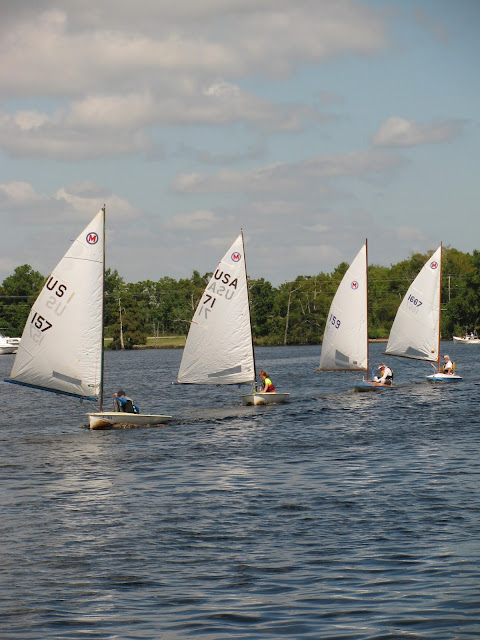 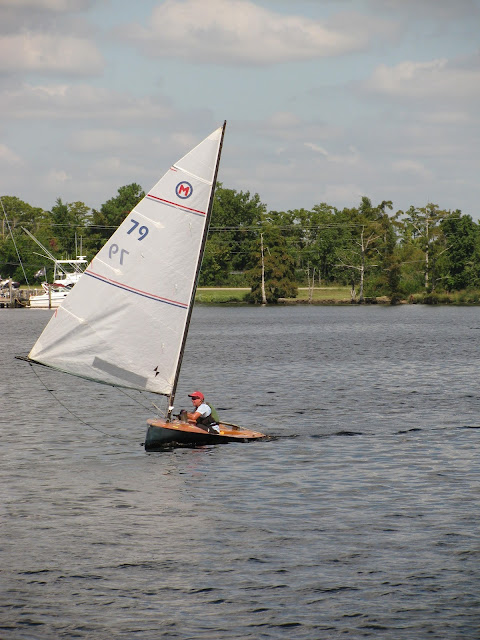 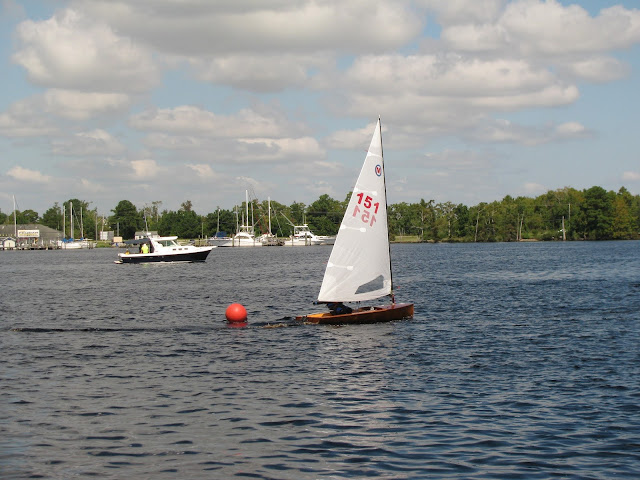 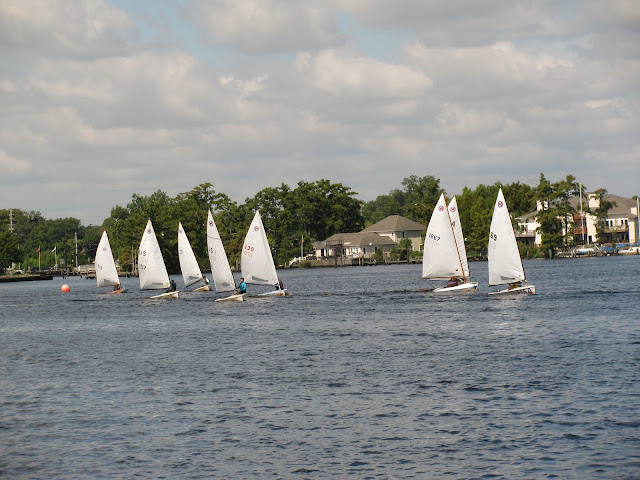 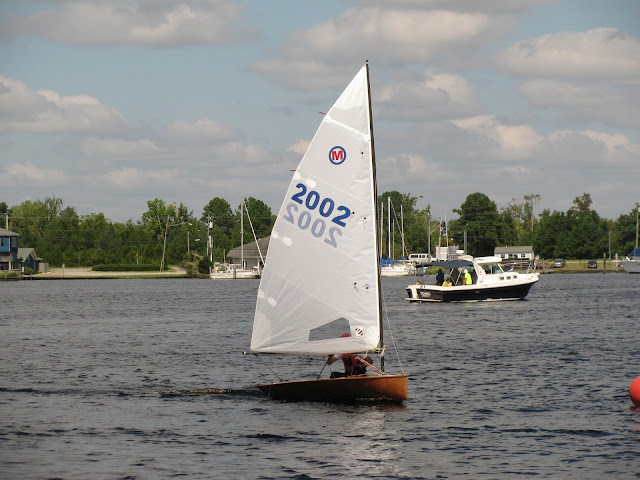 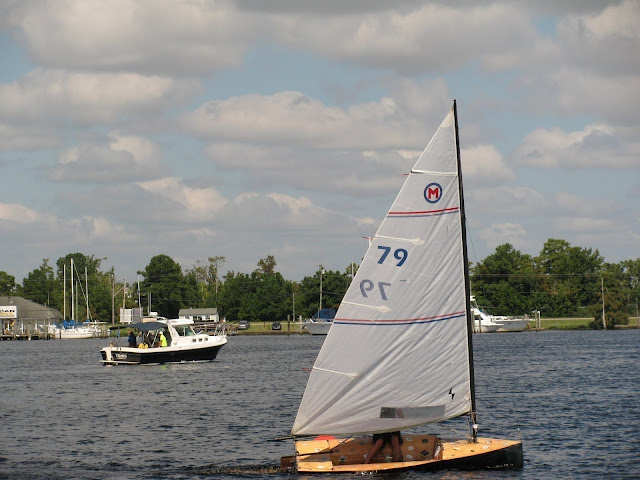 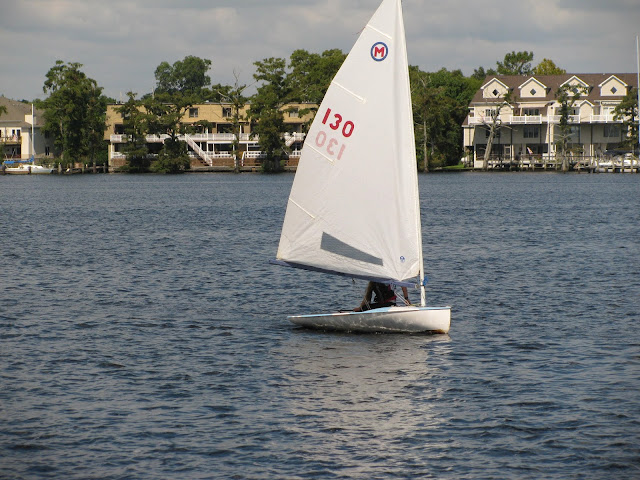 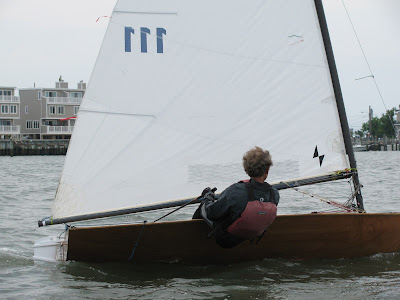 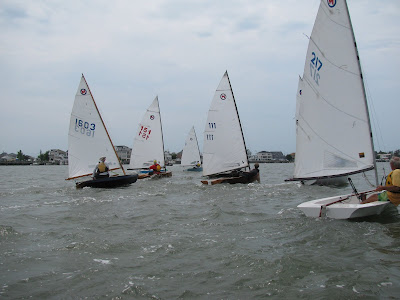 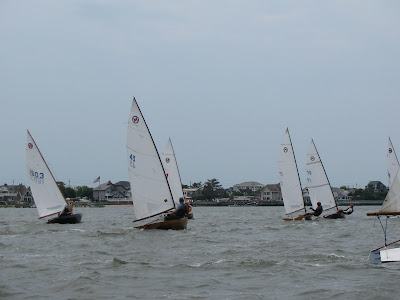 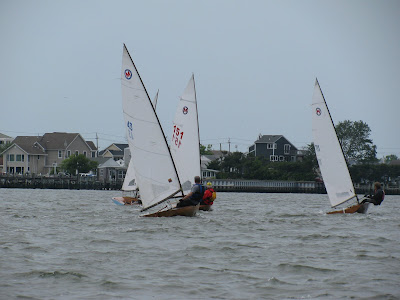 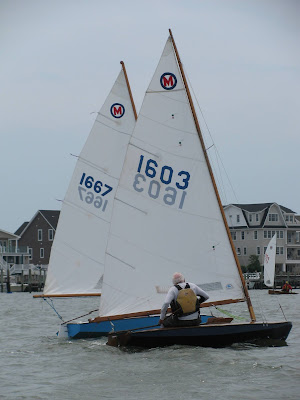 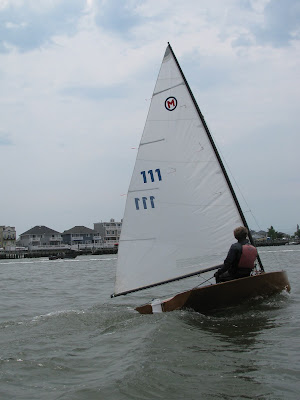 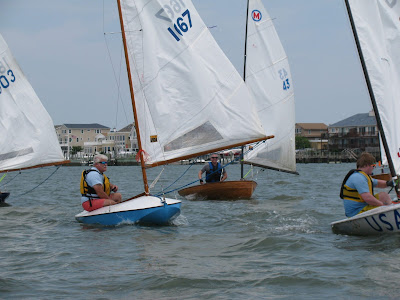 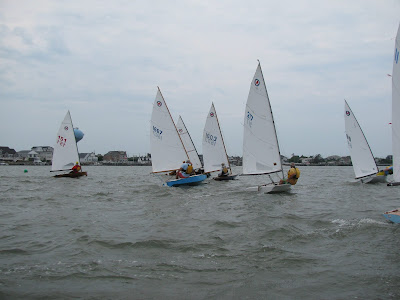 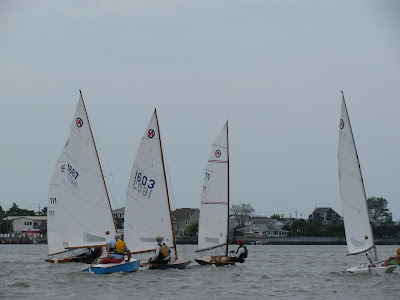 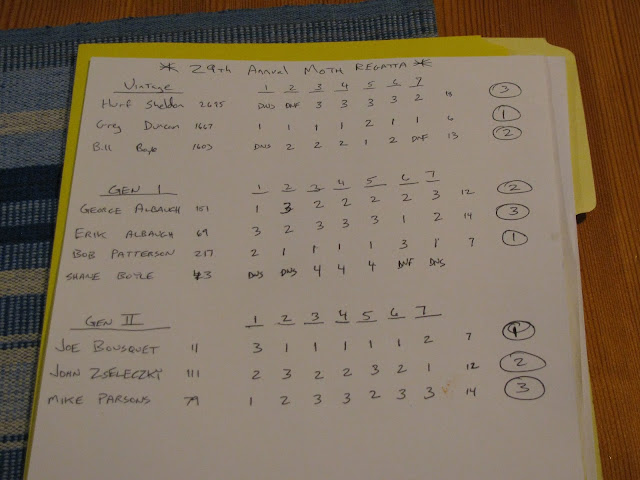 Here are the results:  In Vintage, Greg was first, followed by Bill and Hurf.  Bob won Generation I while I was second and Erik third.  Joe took top honors in Gen II ahead of John Z. and Mike P.  Hopefully we'll see a good turn out for the 30th running of this regatta next June.