With cold weather closing in I'll probably work on getting that red rudder to fit and then wait for spring.  Hopefully I'll get this boat back on the race course this summer.  In the meantime, I've been supplied with contact information for an elderly previous owner and hope to learn some of the boat's history.  I've been told that the boat was named after his first wife. 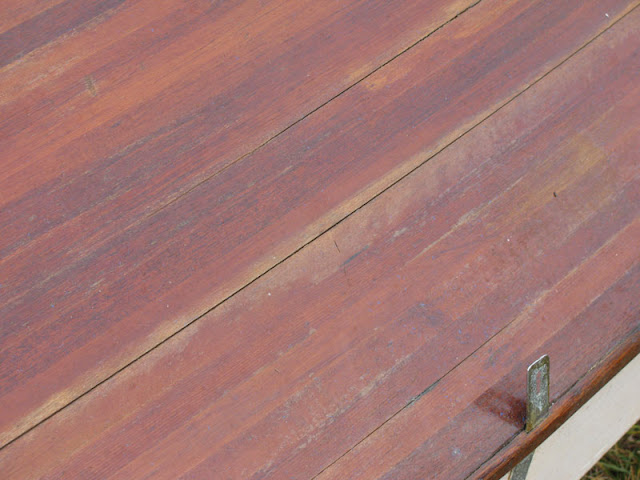 Some readers may recall when I posted about a young cruising couple who had been gifted an old Ventnor Moth Boat named Elizabeth.  Over a year and a half have since past and just before Christmas I received an email asking if I'd be interested in acquiring the Moth.  The couple  had come to the conclusion that with their cruising commitments they would probably never get around to restoring and racing their Ventnor.  Amelia H. pointed out that the deck of the boat had dried out and planks had separated since I'd last seen her and that they had discovered small areas of rot.  I started racing Moth Boats back in 1959 in a Ventnor Moth very similar to this boat, so in a moment of nostalgia I made an offer and it was accepted.  After getting the boat home the holidays intervened but over the last few days I've had a bit of time to look at the boat and today's post details a repair I've made to the boom.