Long time readers of this blog may recall my mention of Clayton Fuller's older brother Charlie.  Clayton and Charlie grew up in south Florida and knew the well known Moth Boat builder Harry Cates.  Charlie Fuller built several Moths including a Bill Lee Mint design which he built in Harry Cates' backyard, no doubt with Cates supervising the project.  That story is summarized here.

Before he passed away in 2014, Clayton sent me a Moth sail carrying number 1581 and a photo of his brother rigging the Moth in question:

Clayton was certain that the sail belonged to his brother's last boat, but he couldn't recall what exactly had become of the boat.  Perhaps that one was the one swept away when hurricane Carol battered Cape Cod where the brothers were living at that time.  I looked in the surviving Moth class records and found Charlie's name associated with an earlier boat, Nr 1296.  I assumed that 1296 was not a Mint design since Bill Lee's original boat, (named Mint), is Nr 1335.  Further complicating matters is that I have a period photo showing a completely different Moth sporting a sail with the number 1581.


But, somehow, Clayton had a sail with Nr 1581 and a fuzzy recollection of what had happened to his brother's last boat.  At the time I didn't pursue this riddle any further.  But wait, now there's more to this story.

I was contacted by Steven Penny of the Massachusetts Bay Open Water Rowing club.

The MBOW races rowing gigs in open waters.  Steve indicated that his club had recently acquired the boats from a similar ocean rowing club in Connecticut which was disbanding.  A Moth, pictured below, was included along with the ocean rowing gigs: 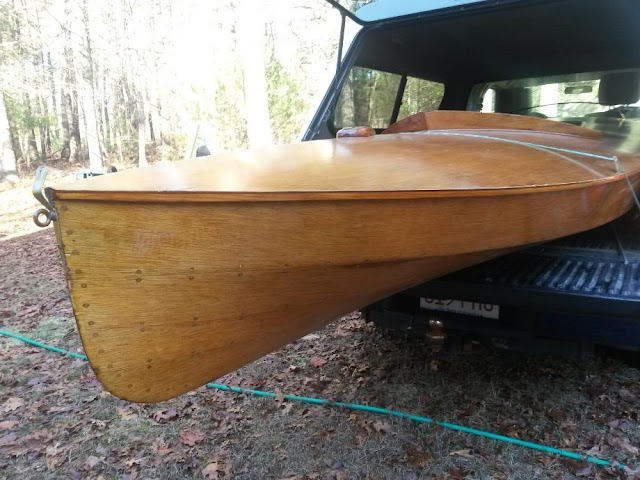 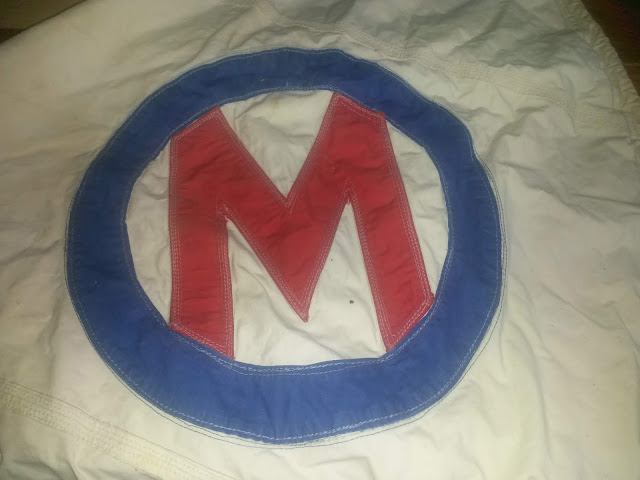 The main problem for me accepting 1296 as the actual number for this boat is that Bill Lee, the designer of this particular Moth shape was issued Nr 1335 for his Moth, named Mint.  Mint was the very first of this design to be built.  Explanations for this quandary are:  (1). This is actually Moth Nr 1296. The fact that the boat has an earlier number than Mint might be that Charlie bought his number but then delayed in building a boat until after Mint was finished;  (2). an alternative explanation is that this is boat Nr 1581 and that the earlier numbered sail and blade were transferred from his earlier boat and that Charlie later purchased a new sail (the one I received from his brother Clayton) with the correct number.  But, how then do I explain the photo of the "Thistle" shaped Moth carrying a sail with the same 1581?  Did Charlie loan them his sail for the day during which the photo was taken?  Sadly, I may never know since all the folks who knew the right answer are no longer with us.  Additionally, I would tend to dispute Clayton's notion that this boat was swept away in a hurricane.  She's lightly built from 1/8" plywood and is in too good of condition for an event like that to be part of her back story.  Perhaps it was one of Charlie's earlier Moths which met that fate.  Perhaps Nr 1296?  A final unanswered question is what happened to the spars?