Solo Around the Americas: Film at Eleven.

You can read more about Matt's arrival here: http://www.washingtonpost.com/sports/othersports/sailor-matt-rutherford-welcomed-home-in-annapolis-after-sailing-solo-around-the-americas/2012/04/21/gIQAVacZYT_story.html

After the speeches were finished and the crowd started to drift away I went over to Pip's hot dog stand for a foot long "Chicago Dog".  Most satisfactory!

Solo Around the Americas

Matt Rutherford has completed his single hand circumnavigation of the North and South American continents (starting on the east coast of North America, going through the northwest passage, down the Pacific coasts of both land masses, around Cape Horn and back up the east coast of both to his starting point, which I believe was Norfolk, Virginia).  He is expected at the city docks of Annapolis at some point this morning.  For those with iGadgets, live feed of his arrival can be found on a link at his web site:  http://www.solotheamericas.org/  Posts from during the voyage itself can also be read on his site for those wanting to do a bit of armchair sailing.

For those without such technology, your diarist shall attempt to go and get pix of the grand arrival.  In this age, the opportunity to see (and smell) a real "first time it's been done" kinda guy decreases with every passing day.  Check back later--details and film at eleven (or maybe sooner if I'm sober--I've always wanted to use that line; the film at 11 line, not the if I'm sober one).
Posted by George A at 6:56 AM No comments:


As much as I like them for their practicality, I've got to admit--nobody writes rock 'n roll songs about Volvo station wagons.


That's enough eye-candy for one session.  I'll continue with a few pix in my next post.
Posted by George A at 1:56 PM 3 comments: 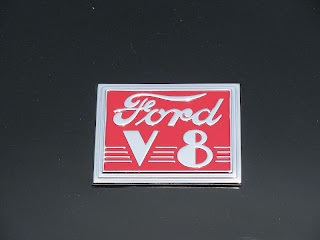 Growing up in southeastern Pennsylvania there was an oft repeated saying " If it ain't Dutch it ain't much".  I think that hot rodders must have a similar expression along the lines of "If it ain't Street it ain't neat" because this past Saturday the annual street rod gathering came to my home town and I think that just about every street rod for miles around descended on the local strip mall parking lot where the event is usually held.  This same venue hosts a Hot Rod "hang out" on most rain-free Monday evenings during the summer months but the Monday night hang-outs draw a small, local group of mostly, but not exclusively American cars--I've even taken Xenopus over to a Monday night gathering and didn't get tarred, feathered and run out of town, so the Hot Rodders are an accommodating crowd.  As is my usual trend, I took too many pix for one post so check back in a few days if you're inclined to look at stuff like this. 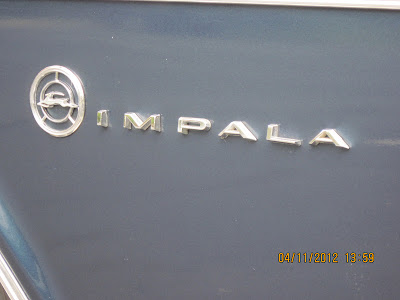 Morfar is Swedish for grandfather, more specifically one's mother's father.  Recently our children's maternal GP lashed out and bought himself a nicely preserved 1966 Chevy Impala from an ebay seller way up in Minnetonka, Minnesota.  Apologies in advance for date/time stamps.  I was borrowing Mother-in-law's camera.