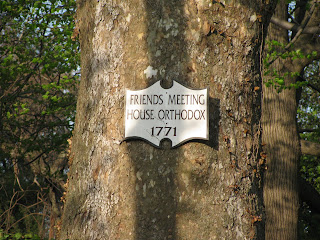 I got together with another of my boat building buddies, this time William Duffield.  William lives in an old town in Cumberland County New Jersey called Greenwich. Cumberland Country is largely rural and is located in southern New Jersey along the Delaware Bay.  In the colonial period this part of New Jersey was first settled by the Swedes.  Next came the Dutch and later the English. The basic plan of the town was laid down by John Fenwick who died before the town was settled.  However his plan was followed and the first acreage was sold in 1684.  By 1690 a small port community had developed along the Cohansey River.  Many of the surviving buildings date to 1700s. 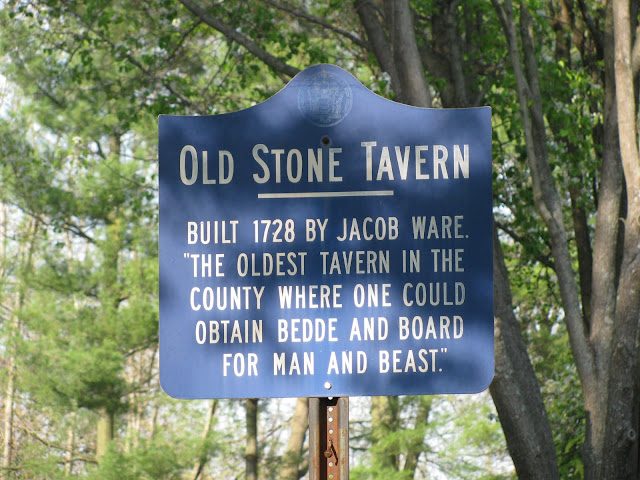 There are many other interesting buildings and several museums in Greenwich.  We'll explore those on future visits.  In the meantime you can read more about Greenwich here: http://www.historicgreenwichnj.org/
Posted by George A at 8:52 PM 2 comments:

BAMBAROO: A Moth Boat from the early 1930s

As a follow up to my last post, Clayton Fuller has sent me what is perhaps the only surviving photograph of his brother Charlie's first Moth, BAMBAROO.  For those who have not read the previous post, BAMBAROO had a light weight mast made from bamboo so that Charlie could easily drop the mast in order to clear the low draw bridges on the Miami River between their home and the Biscayne Bay which was the site for most of the local Moth Boat races in those days.

The other day I received an email from a former Moth sailor living up in Buzzards Bay, Massachusetts named Clayton Fuller:

Hello,
I am glad to see some of the classic Moths on the Internet. I am ninety-four years old now and I sailed and built Moths when I was in my late teens. We lived in Miami then and went to many regattas in east coast and central Florida. My brother Charles Fuller was a boat builder who taught me the skills of laying out and building sailboats. He and Harry Cates were good friends.

In Miami, our home was on the Miami River where the river is crossed by the south-west second-street bridge. Charlie built his first Moth in 1932, I believe. It was a scow design of his own. He liked to compete in the races that were held in Biscayne Bay, north of the two existing causeways. He had no way at that time to carry or trailer his Moth to Buena Vista, so he built his boat with a bamboo mast that could be lowered to go under the bridges. He named his Moth Bambaroo.The bridge tenders sometimes were a grumpy sort and paid no attention to his signal on the brass bugle. Charlie used to sail down the river and across the bay all the way to the races site. Talk about determination. I do not remember his ever winning a race with the rig that he had then.

Later, when he had become a member of the Moth Class Association, and when the had built other Moths of different designs and materials, he used to carry his new Moths on his car roof. We sailed then both in the upper bay and at Coconut Grove.

I built my own Moth, a bull nosed scow design with a spruce mast. Next was my own design with very narrow beam. It had hollow wood mast. Very hard to sail because of the beam but it was fast. It was named Blue Banana. Of course it was painted blue.

The dominant Moth champ in our area then was a fellow who used to scull with his rudder during very light wind conditions. I do not think that was an acceptable practice but he got away with it.

I still have Super 8mm footage of some of the boats that were at the races, and of the last beautiful Moth that Charlie built before he went into the army in 1941.

Charlie was sent to New Guinea in 1944. While there he built a sailable boat out of shipping crates and other scrap material. His sail was made from a striped mattress ticking. The only carpenter’s tool he carried was a shingle hatchet.
He had his Kodak 116 camera throughout the war. I have dozens of photos from many places. He came home from Hokodate, Japan in 1945 and built another Moth.

I may have an old sail from that time but I am not certain.  I shall follow the International Moth Class on the Internet, both classic and fin. Keep up the good work.
Clayton Fuller

Clayton sent along a few period photos of his brother's last Moth Boat.  The first photograph shows the boat under construction in Harry Cates' backyard.  Harry Cates, of course, was a well know Moth Boat builder in his own right.

Blossom Time and the weather is Breezy. 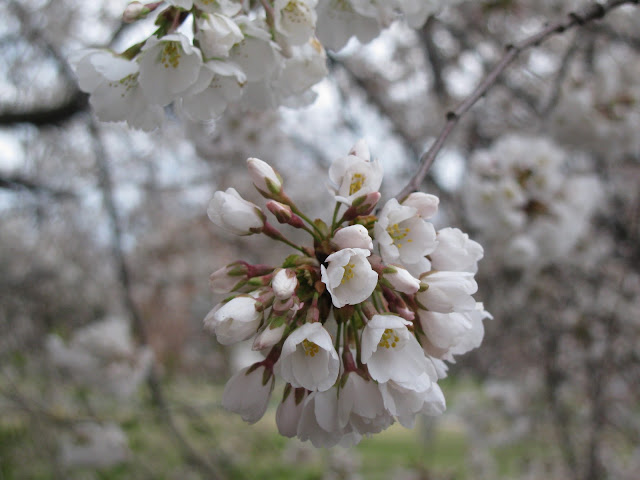 Good Morning Campers.  Yes it's early April otherwise known as Cherry Blossom Time here in the Wash, DC area.  The weather still toys with us but the annual National Cherry Blossom Festival marks the beginning of what will become the typical hot and sticky DC summer.  This past Sunday we hopped on the Metro rail and rode into town for our annual pilgrimage to the tidal basin.

The National Mall is a rectangular area between Independence and Constitution Avenues and is the location of many of the Museums which feature prominently in most of our visits to DC.  The Monuments and Tidal Basin are an ease walk from this starting point. 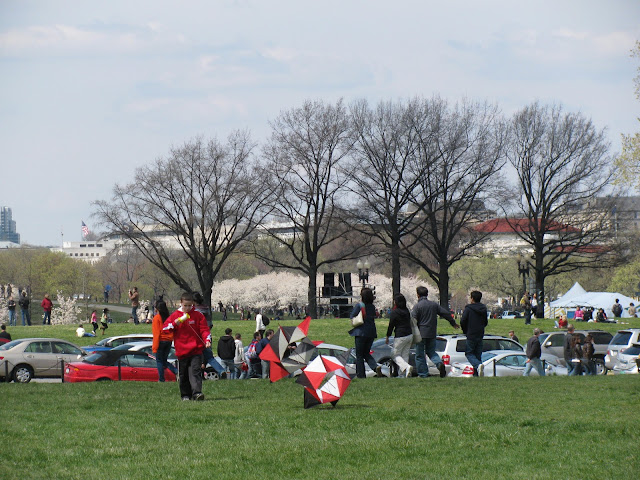 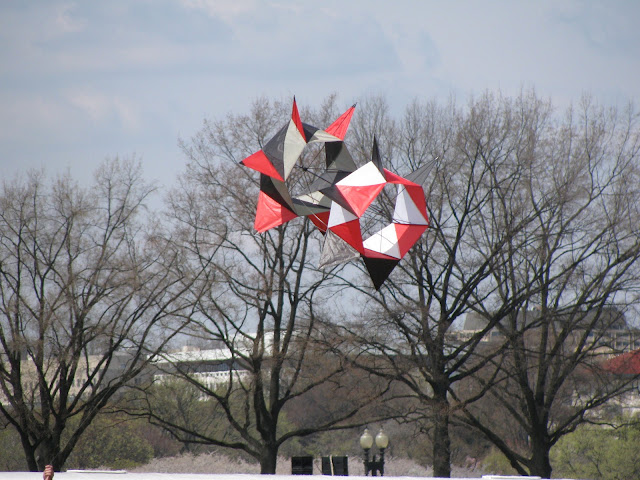 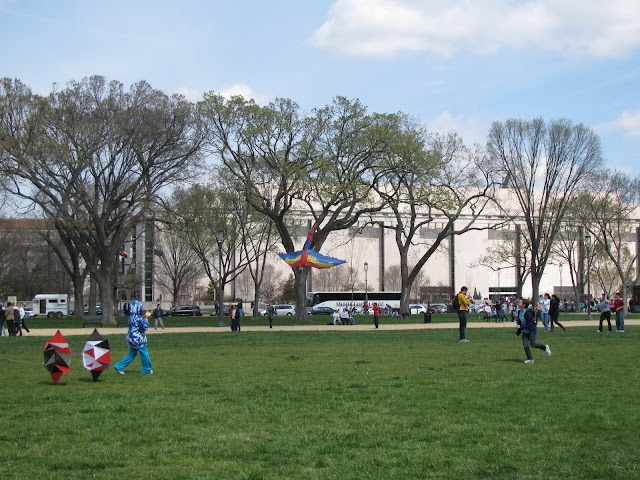