Last month's result at the Mid-Winter regatta lead me to the notion that it's probably time for a new sail.  Erik did OK with the fresher of our two old Dan Winters sails but with a new rag he might have been more competitive against boats which were sporting new sails from the St. Pete North loft.  Sadly, we couldn't order new sails from Dan as he and his son Brett had decided to close shop.  After learning that, I emailed the North Loft in question but after an initial reply with prices the guy at that sail loft lapsed into radio silence when I asked  him about the various options (loose foot vs bolt rope foot; full length battens vs the more normally seen short battens, cloth selection, panel layout etc.).  After not hearing back from the guy I decided if he couldn't or didn't want to invest the time educating and talking me through the various choices, then I'd better find a sail maker who could and would. The price of two new sails might be chump change to some folks but it's significant dollars to me and my son.

So, I talked to another sailing friend who used to sail Moths with us and he recommended Kevin Farrar who has a loft up in New London, Connecticut.  Kevin quickly replied to my questions and said he'd be willing to build a pair of sails for us.  I send him the deposit and made an appointment for a mast deflection session up at his loft.  I brought three masts with the idea that we'd build sails with luff rounds suited to the two stiffest sticks.  One of the bonuses of working with Kevin is that he is a past U. S. Europe Class measurer and so he's very familiar with the boats and their sails.

I left the house at 5 am and arrived in New London at 11:30.  We quickly got the mast bend data, picked two masts, and then Kevin showed me around the loft.  The first floor area where we set up the masts for bend curve data was the area which Kevin used to build his GP-26--a four year project.  Sail building occurs on the second floor of the "Monte Cristo" Building.  There is a Monte Cristo cottage in New London which was the boyhood summer home of the playwright Eugene O'Neill.  I wonder if Eugene needed a garage building as well?

Hopefully we'll have two new competitive sails in time for our next regatta in June.  Will a new sail help me claw my way back up on the podium?  Can't say, but it can't hurt.
Posted by George A at 9:40 AM 4 comments:

Email ThisBlogThis!Share to TwitterShare to FacebookShare to Pinterest
Labels: Sails 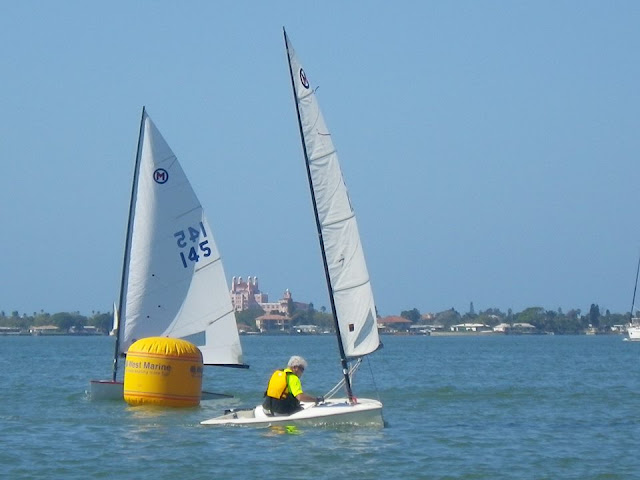 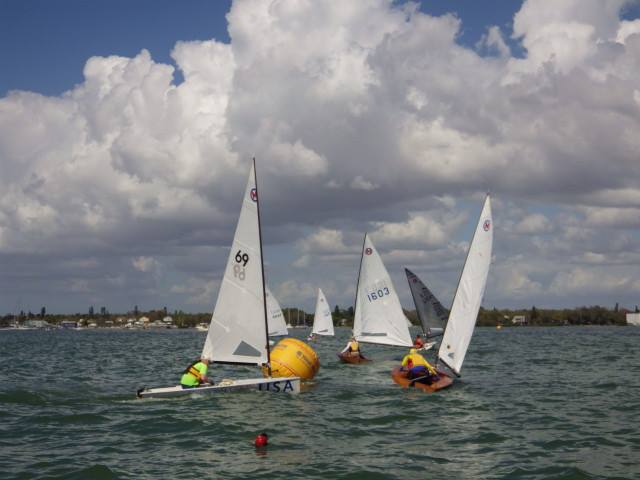 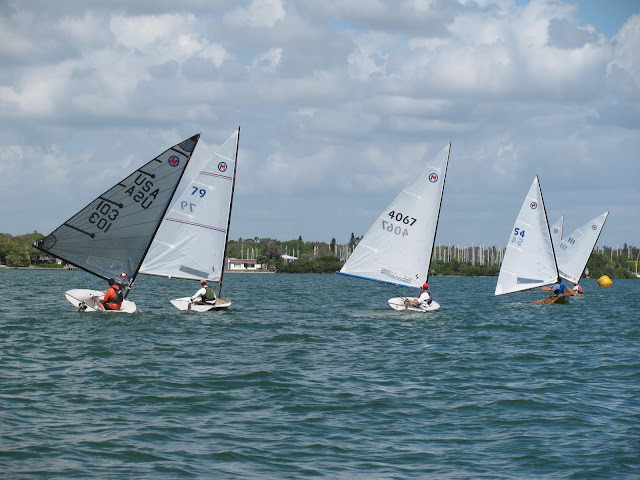 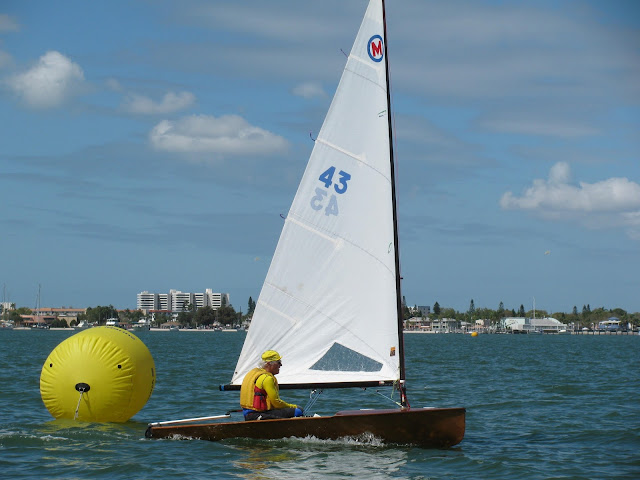 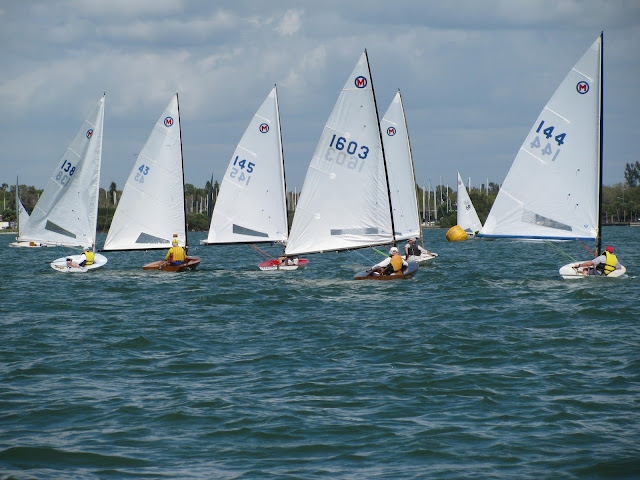 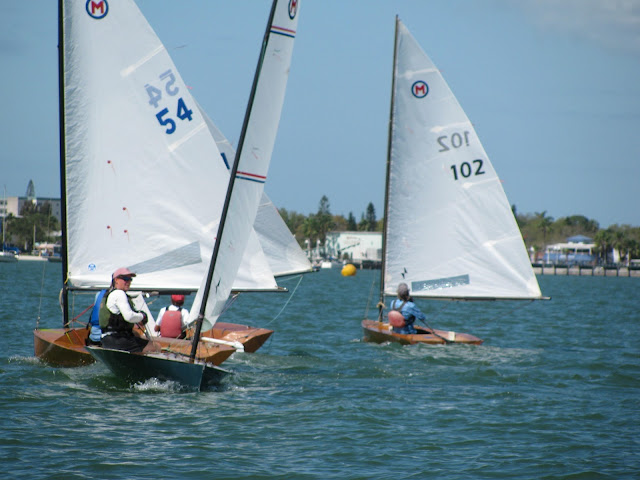 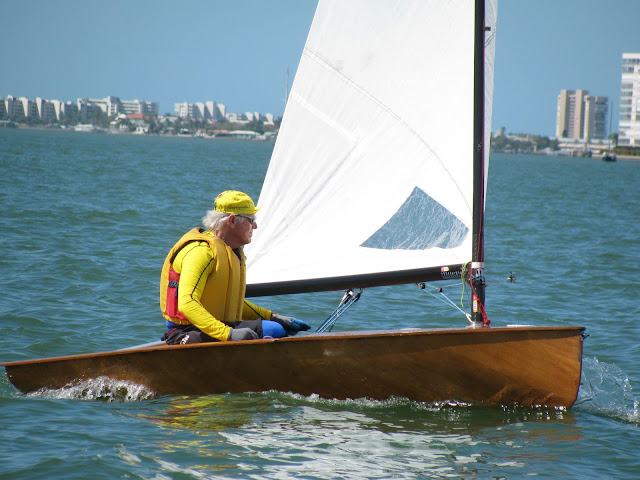 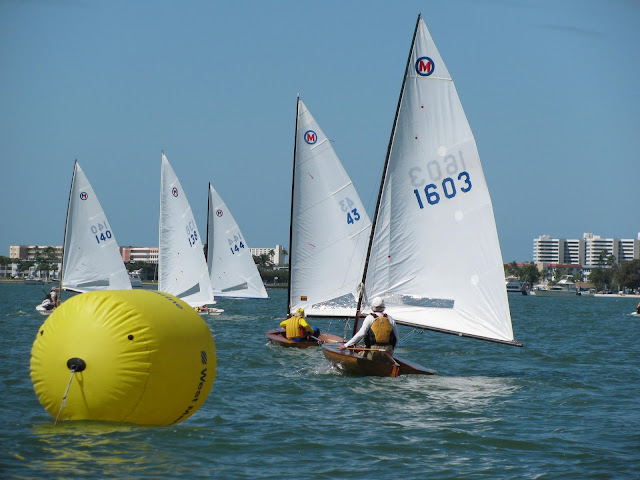 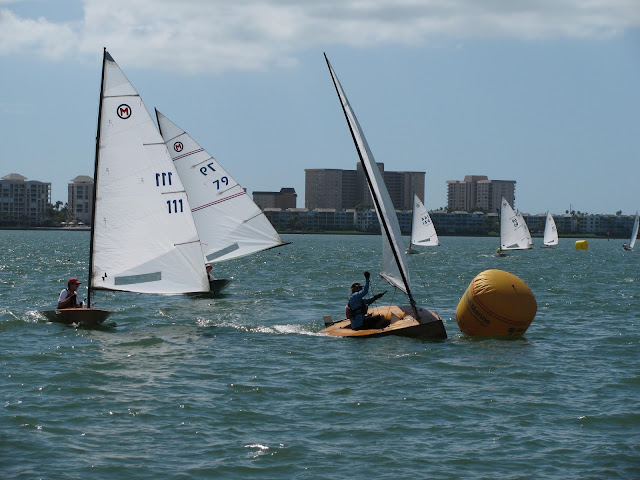 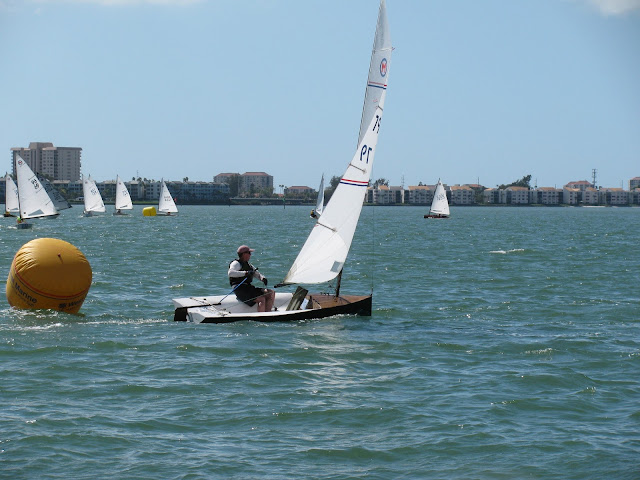 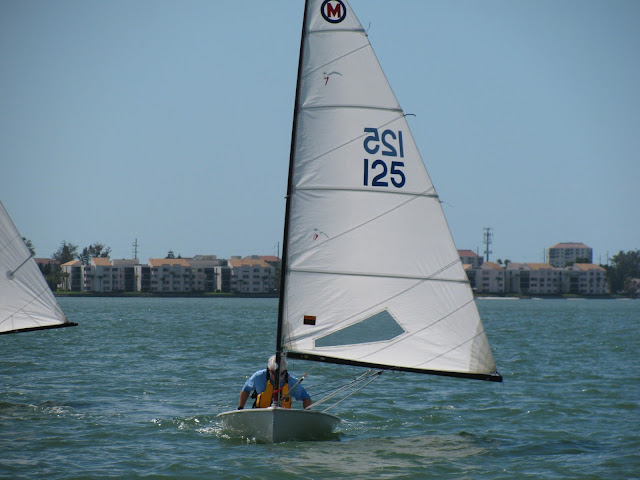 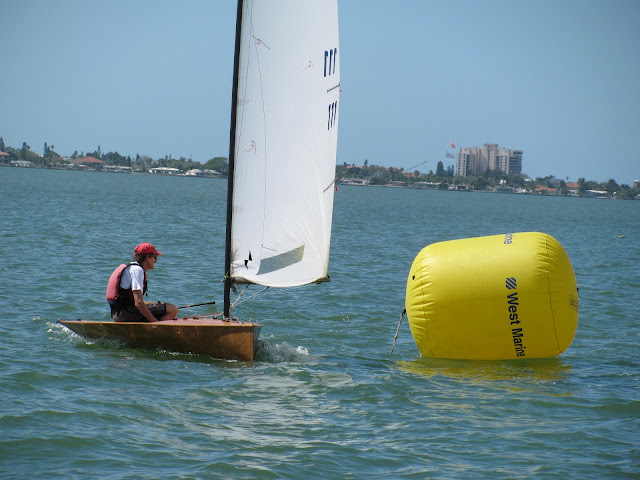 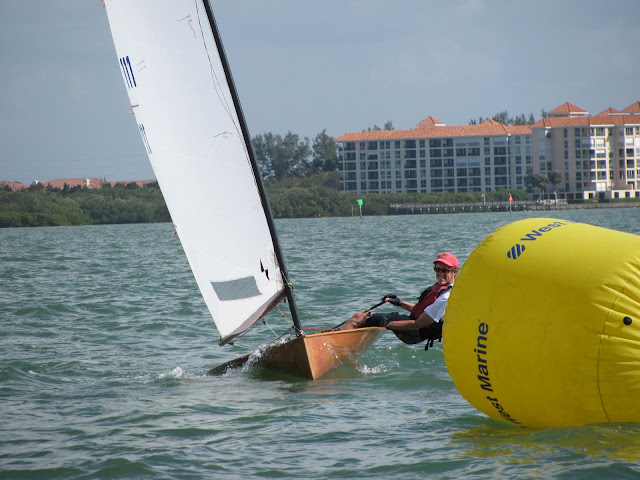