It's late February.  Must be time to pack up the boats and head down I-95 towards Gulfport, Florida for the Classic Moth Boat Association's Mid-Winter Regatta.  The older I get, the longer it takes me to pack up and get to the point where I'm confident that I've packed all the important stuff and not, for example, forgetting a rudder or boom or some other critical component for one of the boats.  It's roughly a thousand miles from home to Gulfport Yacht Club so making lists and checking them over and over is not a trivial pursuit. I'm envious of guys who have just one boat to pack!

The weather forecast for Gulfport called for sunny skies, temps in the upper 70s and winds of perhaps upper single digits on Saturday and lower double digits on Sunday.  Your basic Chamber of Commerce weather forecast.  Meanwhile, up in Maryland, it snowed a day before we made our Gran Depart.  That, of course, made the packing up just that tad more tedious.  But in the end the job got done, all the important stuff was accounted for, and so diaristson and I left Maryland at 3:50am the Thursday before the regatta weekend.

My goal in such an early departure time is to pick my way past Washington, DC and get south of Richmond, Virginia before morning rush hour traffic chokes the highways.  That strategy has worked in previous trips and worked again this time.

When we arrived at the club on Friday morning the temp was already hot and climbing towards 80 degrees--wonderful if one was under a shady porch with an appropriate beverage.  We were unloading and  rigging boats in the  hot sun!  Also, the wind forecast was changing by the  hour.  Saturday's once benign forecast now featured winds in the upper teens to low  twenties with  gusts higher.  None of this easing into your regatta, old man.  No sir, this was an in your face, launching off the lee shore kinda regatta.

What follows is a photo collage of the boats and people that made the trip and made up this year's event.  Len Parker took most of the pix.  The rest are via Amy Linton and your old diarist. 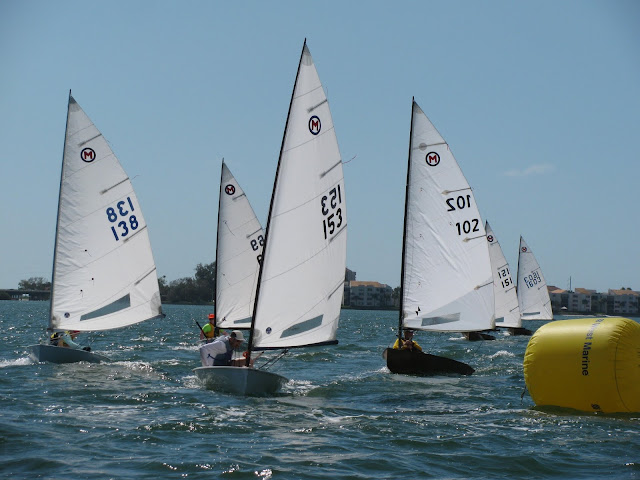 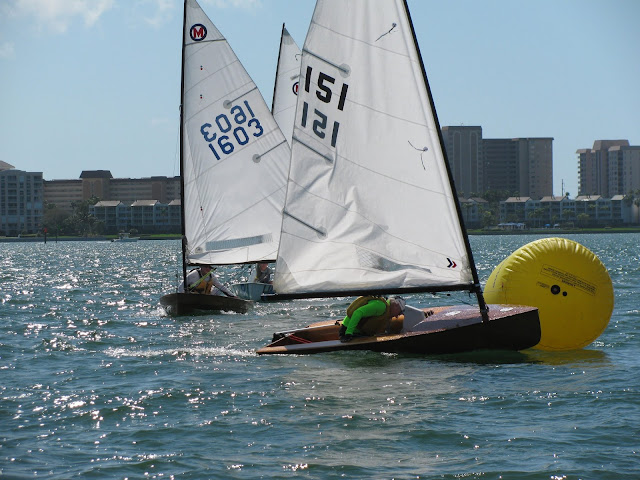 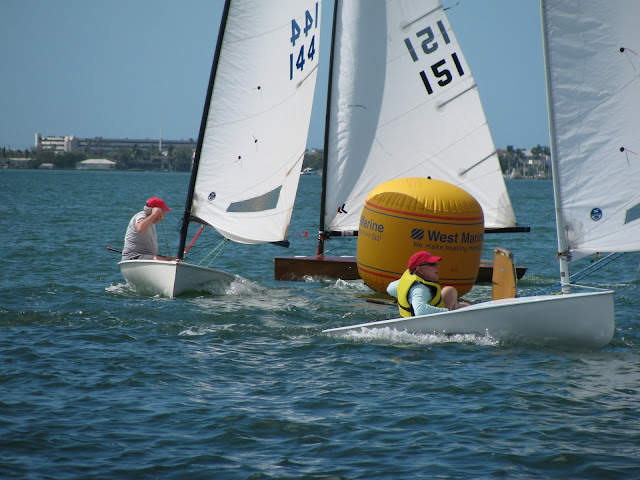 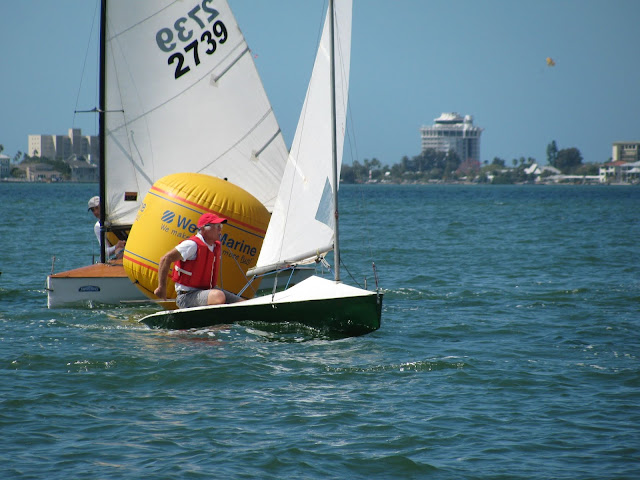 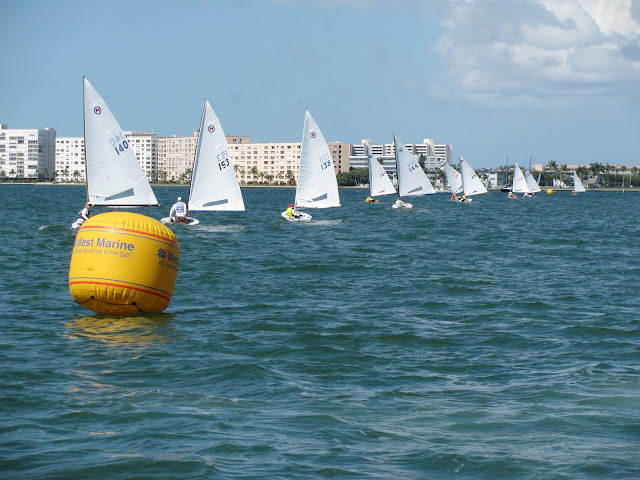 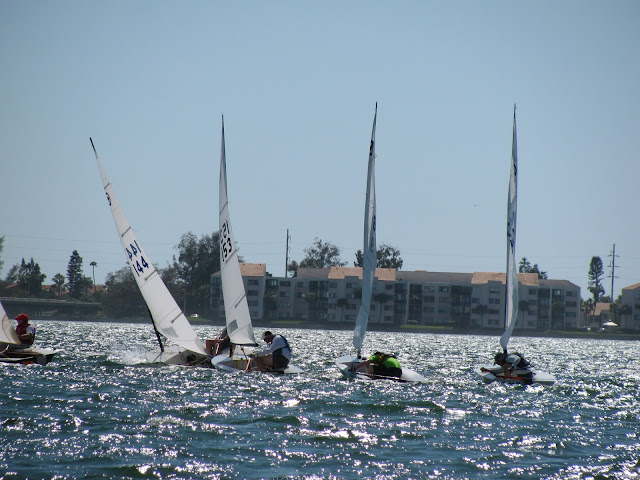 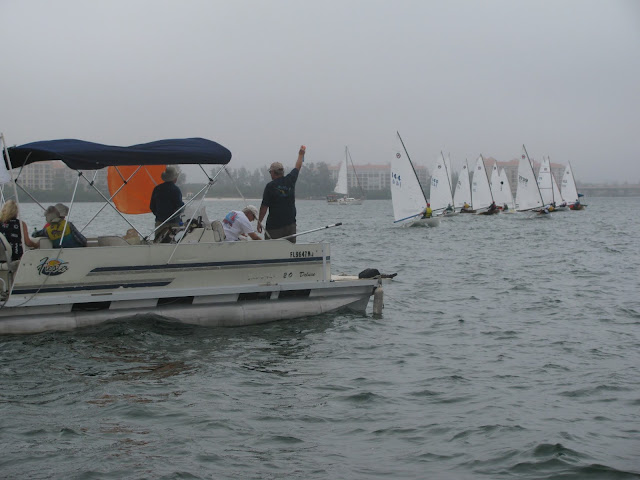 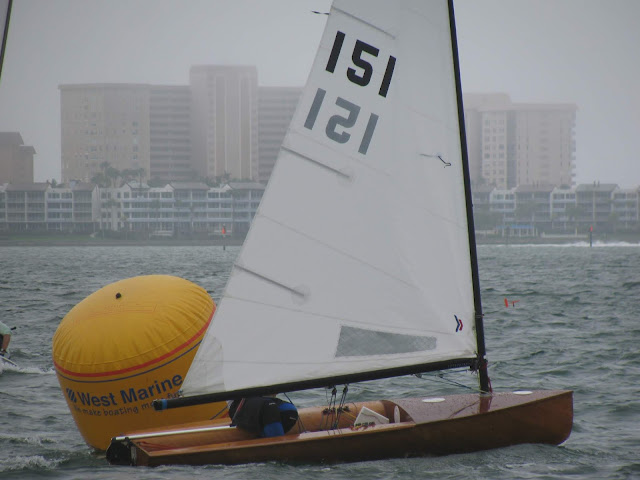 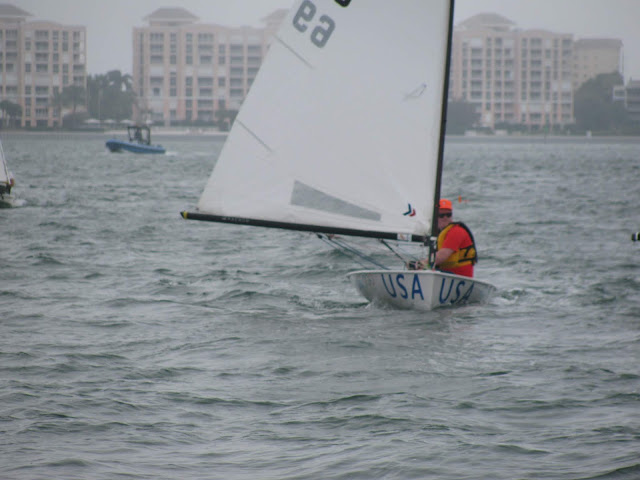 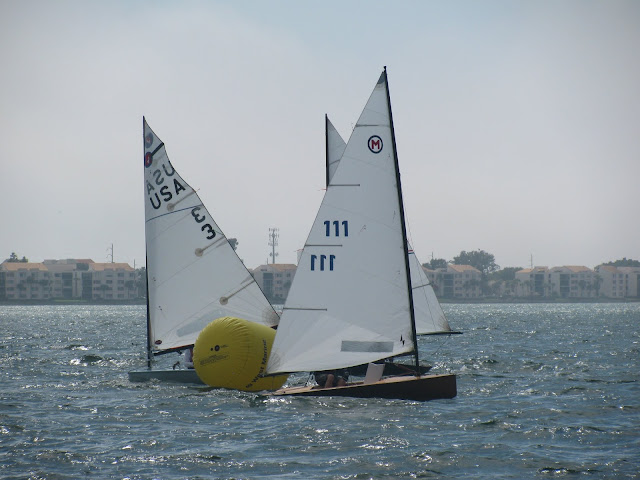